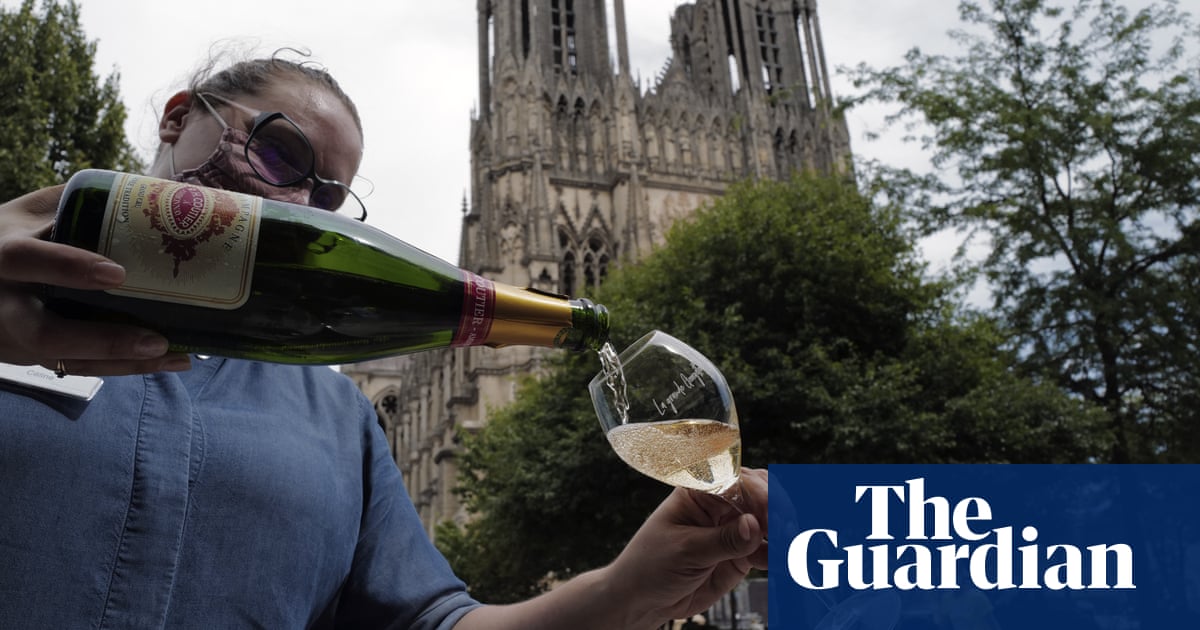 The UK government has renewed its attempt to reopen the chapter of the Brexit divorce treaty protecting specialty food and drink, such as Parma ham, roquefort cheese and champagne, in a move that left the EU chief negotiator, Michel Barnier, “a little bit flabbergasted”.

The British proposal on protected status for food and drink was included in a draft free-trade agreement handed to Barnier by his opposite number, David Frost, last week, according to two EU sources.

But EU officials have ruled out diluting the divorce deal provisions that protect more than 3,000 high-end food and drink products from copycats. “It’s just not going to happen,” said one official.

The withdrawal agreement signed between Boris Johnson and EU leaders last October preserves the status of food and drink protected under the EU’s geographical indications (GI) policy. A top priority for EU trade negotiators, these rules bar English or Spanish vintners from calling their sparkling wine champagne, for example, while only crumbly cheese from Greece can be labelled feta. Under the withdrawal treaty, the protection applies “unless and until” a new deal can be negotiated.

According to EU sources, the UK is attempting to water down protection for EU geographical indications, while keeping the special status for British produce, such as Scotch whisky, Melton Mowbray pork pies and Cornish pasties.

The return of the proposal, floated in the early stages of trade talks last spring, caused astonishment. “The asymmetry was met with open mouths. Why would you even suggest that in a serious negotiation?” said the EU source. Barnier was “a little bit flabbergasted”, the person added.

The government disputes the EU description of its proposal and argues Barnier is making unprecedented demands to tie Britain to European standards – demands, it says, not made on other trade partners such as Canada or Japan.

A UK government official said the British proposal on specialty foods was “in line with the withdrawal agreement” and would provide protection for existing and future GIs for both sides “as is standard” across the EU’s free-trade agreements. “The UK proposal would allow existing EU GIs that meet the requirements of the UK’s new domestic regime to be protected in the UK,” the official said.

British negotiators argue they signed up to the food provisions in the withdrawal treaty in the expectation they would be superseded by a future deal.

Frost, a former chief executive of the Scotch Whisky Association, which campaigns to stop foreign rivals using the name “Scotch”, included the GI proposal in a draft trade agreement he hoped would inject new momentum into the stalled negotiations.

But the British “consolidated text” has gone down badly in Brussels. In trade negotiations, usually both sides work out a consolidated text once they have agreed on general principles. The British text is said to incorporate wording on which both sides agree, but also highlights areas of disagreement.

One EU diplomat, who had not seen the text, said it was “not very useful because it focused mainly on offensive issues for the UK”, meaning issues where the government is seeking an advantage.

The UK has not said if it plans to publish the text sent to Barnier.

Sandro Gozi, an Italian MEP elected on the ticket of the French centrist party La République En Marche, cast doubt on whether the UK intended to unwind the protected food provisions of the withdrawal agreement. “If it was real, from a French or an Italian perspective, we cannot go back on geographical indications. Geographical indications are the priority No 1 of any new trade agreement for the EU.”

Brussels negotiators are warning only a few weeks remain to seal a deal before the EU deadline of late October. “The next negotiation round in September will be crucial,” said a second EU diplomat. “If it ends without any progress as well, the window to close a deal will close quickly. Time would simply be running out.”

The EU has said it needs around two months to legally fine-tune and ratify a treaty before the end of the transition period on 31 December.