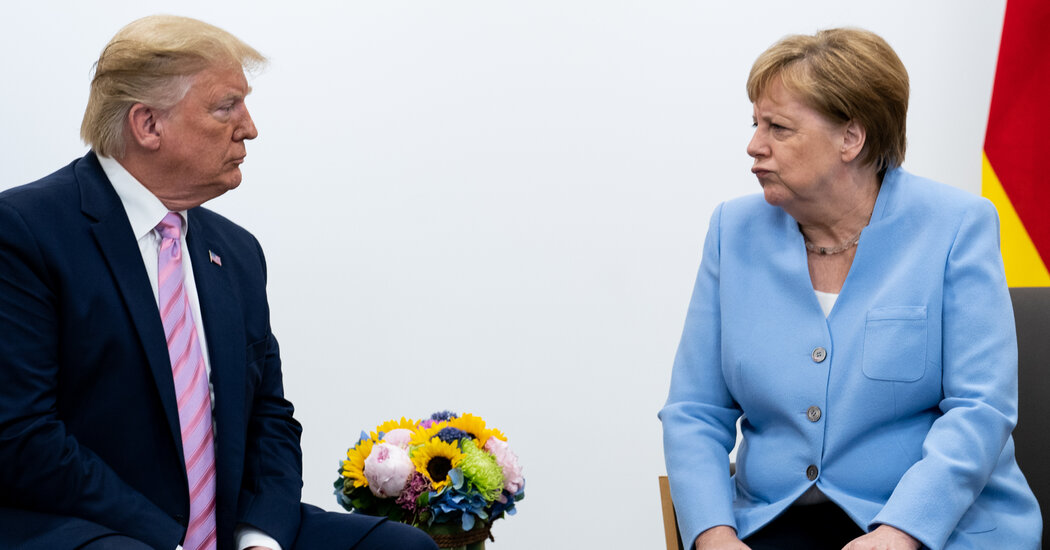 BERLIN — Chancellor Angela Merkel of Germany refuses as a rule to comment on the internal affairs of other countries or pass judgment on their leaders. The president of the United States is no exception.

But that hasn’t stopped her from letting her face do the talking, reflecting confusion, befuddlement or exasperation regarding President Trump as the situation required. On Friday, she was at it again.

Asked during her annual summer news conference about a claim made by Richard Grenell, the former U.S. ambassador to Germany, that he had “watched President Trump charm the chancellor of Germany,” Ms. Merkel drew her eyebrows together, tilted her head and leaned toward the reporter.

“Ah, OK,” Ms. Merkel said. Then she added with a laugh, “I don’t talk about internal discussions.”

In his speech at the Republican convention on Wednesday, Mr. Grenell laid out his interpretation of Mr. Trump’s “America First” foreign policy as one that meant fewer wars and greater burden sharing among allies — including Germany.

Mr. Trump had charmed Ms. Merkel even as he was insisting that Germany pay up more as a member of NATO, Mr. Grenell said.

His comment sparked outrage over social media, where he has an active and outspoken presence, and brought derision on both sides of the Atlantic.

“Huge fact-check required,” Susan Glasser of The New Yorker said on Twitter. Other users responded with compilations of images of the chancellor’s reactions to Mr. Trump from their meetings over the past four years.

Many, like that of a stern-looking Ms. Merkel, flanked by Japan’s Prime Minister Shinzo Abe and President Emmanuel Macron of France, leaning over a table toward a defiant Mr. Trump, have spawned countless social media memes.

Others highlighted the chancellor’s grim expressions while standing next to the U.S. president during news conferences.

“Clear to see,” Ursula Barth wrote on Twitter with a laughing emoji. “The jokes from the U.S.A. just keeping getting better.”