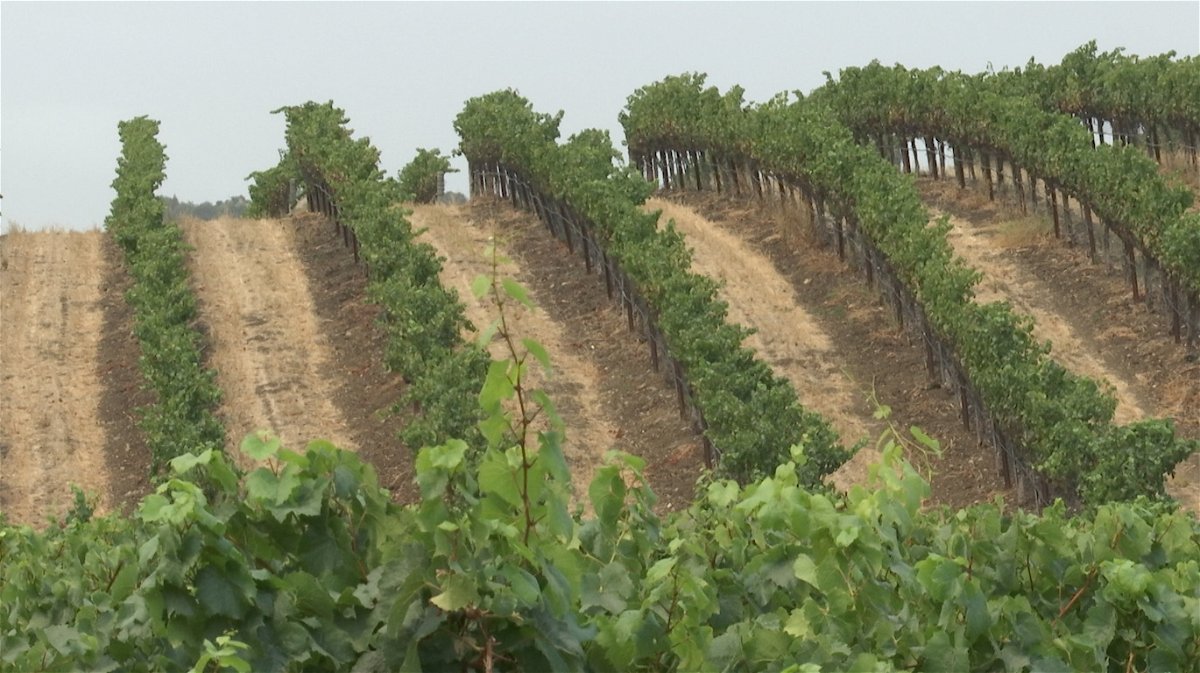 ARROYO GRANDE, Calif. — Local farmers say it appears their crops have been able to weather the recent extreme heat on the Central Coast.

“We did better than I would have expected,” said Talley Farms President/CEO, Owner Brian Talley.

“It was 107 degrees and that’s about the hottest I can ever remember it being here,” Talley said.

Talley added an accurate forecast was key in getting getting through the record-breaking heat wave.

“What’s really critical is to make sure we have good moisture status in our soils,” said Talley. “Our irrigators and foreman were very proactive got water on everything ahead of time.”

“We’re now monitoring the sugars in all of our grapes, and we’re pleasantly surprised they haven’t jumped up as we had expected,” said Talley.

In nearby Oceano, Ikeda Bros. farming also indicated no major adverse effects from the weather.

“Most of our crops look cosmetically look good still,” said Co-owner Tom Ikeda. “The biggest effect is when it gets too hot, the plant doesn’t grow until it cools down again, and so, we didn’t see normal growth, but we haven’t seen any burn on our leaves or anything right now.”

Just like at Talley Farms, Ikeda credited proper irrigation at his family farm for allowing produce to make it through the hot weather unscathed.

While the thermometer soared during the weekend, the weather changed dramatically on Tuesday.

In Arroyo Grande, temperatures topped out in the low 70’s, more than 30 degrees where they were just hours earlier.

In Oceano, it was even cooler, with temperatures hovering in the 60’s for much of the day.

“These extreme swings could cause a problem down the road, maybe two, three, four weeks down the road, you could see those problems popping up,” said Ikeda. “It could shock the plant. You could get bolting, where the plant gets stressed to a certain point, they think it’s time to start reproducing, and then they go to flowering and seeding mode. A lot of the stuff we grow, we don’t want it to flower and seed. We’re looking for the head or the leaf.”

Still, both Ikeda and Talley were all smiles when talking about the cooler temperatures experienced on Tuesday and in the forecast for the rest of the week.

“Absolutely, this is why we live here on the Central Coast,” said Talley. “It’s the best weather in the world as far as I’m concerned.”

“Working three or four days in heat does take its toll, so this is definitely a welcome sight for our employees, as well as myself,” said Ikeda.