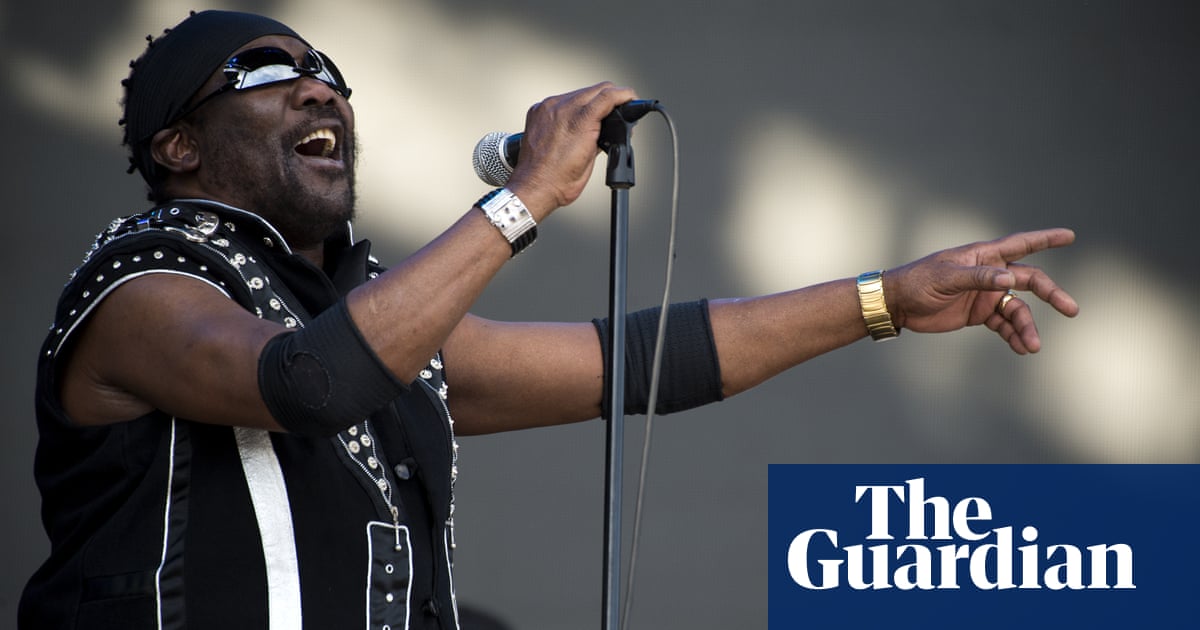 The only place to start with Toots and the Maytals is with Sweet and Dandy, ideally the clip of the trio belting it out in Leslie Kong’s recording studio in a scene from The Harder They Come. It tells you most of what you need to know about the group. On the surface, it’s as raucous and as casually delivered an example of early reggae as you could ask for, yet it shows the fine detailing of the gospel-derived, soul singer-type harmonies that work as a lead (Hibbert) and two backing singers, rather than the usual Jamaican style of three interchanging leads. Most significant, though, is their obvious enjoyment of their own performance – and it is more performance than recording session, which is the infectious spirit of fun and positivity the singer was seldom without. The rapt expression on Jimmy Cliff’s character’s face as he watches through the glass is entirely understandable.

Hibbert was a country boy come to the Jamaican capital at the time when the music was all about Kingston sound systems and ska’s contemporary urban cool, yet he was so powerful a singer and character that he never sounded like anything other than the product of his rural culture. This gently countrified ska doesn’t quite have straw in its hair but it is refreshingly relaxed compared with so much of the frantic-paced music of the era.

Coming at the point when ska was osmosing into the more temperate rhythms of rock steady and reggae, Bam Bam shows how much the group benefited from the cooler tempo: the subtleties of their singing shone through, while their intensity seemed greater against the sparser background. What makes this song so remarkable is that this thinly veiled criticism of and warning to the government won the Maytals the first ever Jamaican Independence Popular Song Competition: “I want you to know that I am the man / Who will fight for right and not for wrong.” The group recorded a live version of it 10 years later that fully highlights its roots potential.

Do the Reggay’s reputation as the first song to use the word “reggae” in the title overshadows the fact that it is a fantastic showcase for the style, making excellent use of the spaces in and around the strong rhythms to show off a musical craft and delicacy of arrangement that underpinned so much reggae before the more pared-back roots way of doing things took over. It provides the perfect framework for the trio.

Much covered, much sampled and much eulogised, this was one of Jamaican music’s first big international hits: the title a reference to Hibbert’s identity number when he served a prison sentence; the song the account of his incarceration. This is Hibbert as a storyteller at his sharpest, an aspect that was a huge part of his skill as a songwriter and the group’s subsequent broad appeal – rather than repeating slogans or advancing abstract ideas, he rooted so many of his songs in relatable, real-life experience.

Another gem from The Harder They Come (it’s not difficult to see why that film still crops up regularly in lists of the best-ever soundtracks) and probably the best early example of Hibbert’s Wilson Pickett-esque soul style. Here, he cautions wrongdoers and exploiters that one day the oppressed will rise up, a recurring theme in Jamaican music, and the no-nonsense quality to the vocals leave no doubt this will be the case. One of Jamaica’s greatest rebel songs.

One thing that made the Maytals so special was their ability to absorb outside influences such as soul, rock or country without compromising any of their Jamaican identity: they put those influences to work within the songs rather than sprinkling them on top at the end, as is far more the case within Jamaican music. The Maytals’ approach played a huge part in their international appeal: the R&B heart of Pomp & Pride is perfect for Hibbert’s singing style.

In the days before reggae, country and western was Jamaica’s most popular music – Jim Reeves and Brook Benton were huge stars – so it was entirely natural for relative old-timers such as Toots and the Maytals to cover this John Denver classic. Once they’d substituted “west Jamaica” for “west Virginia” it’s a natural fit – countrified melodies under a bouncy reggae beat.

Hibbert sings the blues – inna reggae style, naturally – with special guest Bonnie Raitt, their engaging sparring making their genre mash-up sound completely natural. It’s the title track of an album on which Hibbert sang Maytals classics with such rock-world luminaries as Eric Clapton, Willie Nelson, Bootsy Collins, Keith Richards, No Doubt and Jeff Beck, while Gentleman, Bunny Wailer, Marcia Griffiths and Shaggy pitch in from the reggae world. Because musical open-mindedness is a Hibbert trademark, nothing sounds out of place – plus it’s a mark of his standing that such a starry cast signed up.

Unplugged sets suited Hibbert so well: even with hardly anywhere to hide – in this case, among just guitar and congas – his voice is more than strong enough to carry a song. This Maytals classic showcases the righteous, country church hollering that was the basis for just about everything the group did. The album, Unplugged on Strawberry Hill, is a dazzling run through the group’s back catalogue rearranged and performed acoustically.