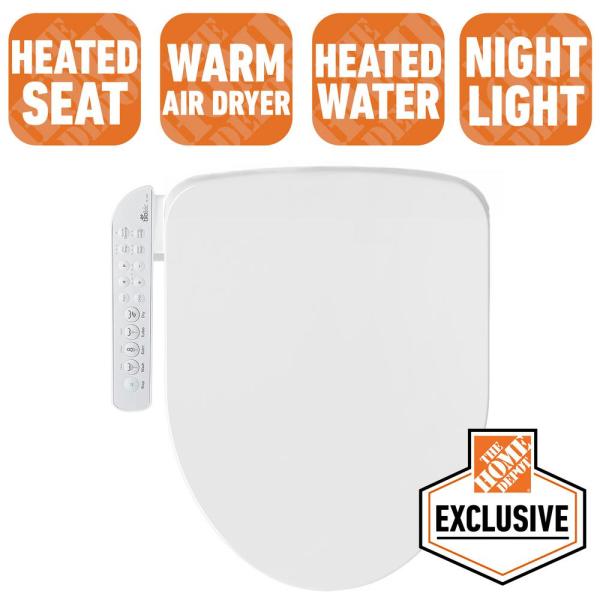 It looks essentially like the SLIM ONE with the addition of a dryer. Or looking at it the other way, it’s like the SLIM TWO with all of its functions but with a side mounted control panel instead of a remote.

Those SLIM models are normally priced at $199 and $299 respectively. Feel free to correct me if I overlooked any other differences between them. I wonder if the SLIM TWO remote would operate the Home Depot version (does it have the receiver built in?).

UPDATE: The SLIM TWO doesn’t look like it has the dryer either, so I think this one is a better pick since it has the extra feature.