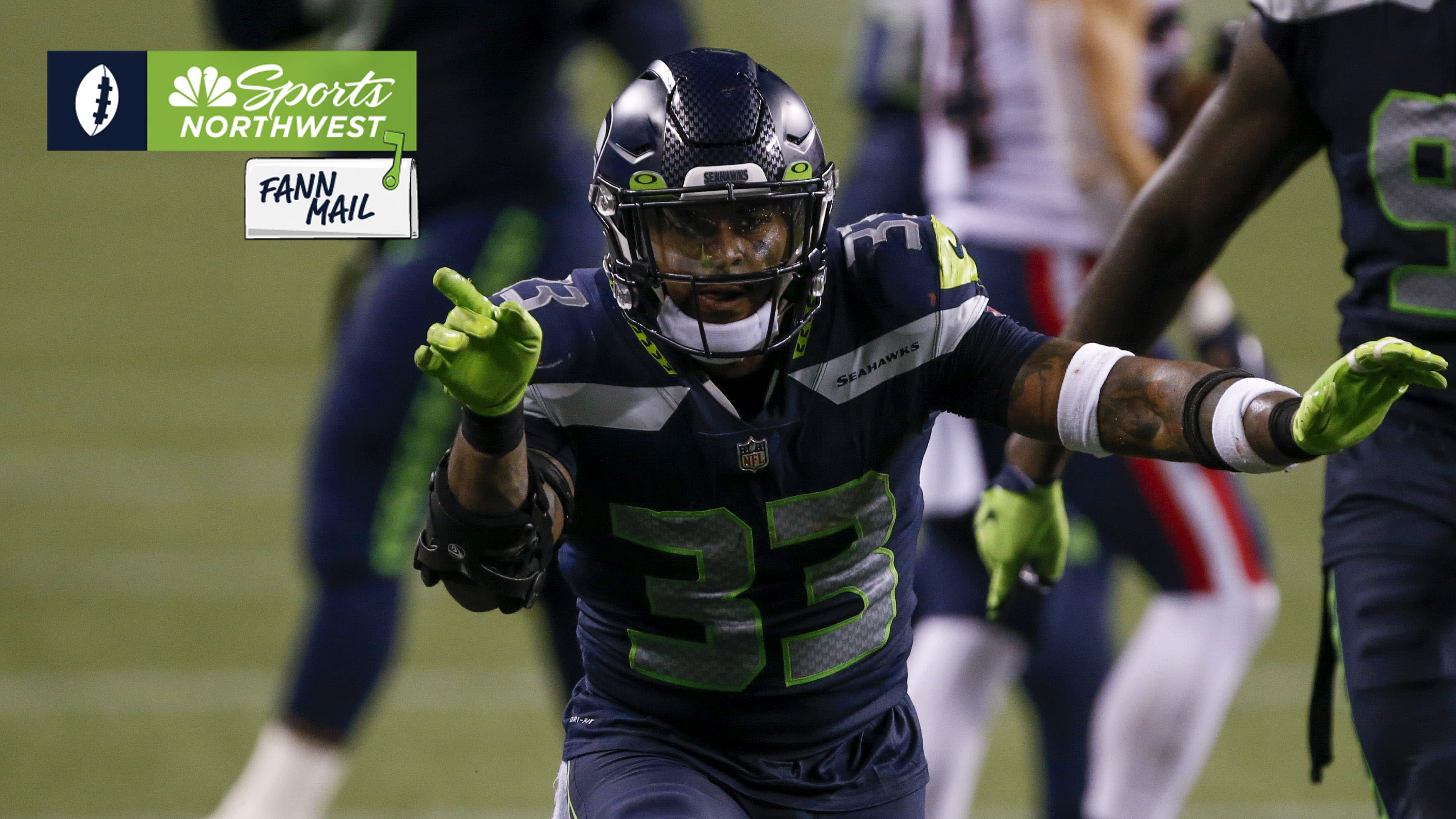 The Seahawks are 2-0, and while Seattle has been far from perfect, there’s plenty of reason for optimism in the Pacific Northwest. Seattle’s tough opening slate continues in Week 3 with the Dallas Cowboys coming to town.

This week’s mailbag covers the top storylines and talking points heading into that matchup. Thanks, as always, to those who asked questions.

Who will ultimately end up being the bigger loss for the team this year: Irvin or Blair?

This one is tough because both players held such prominent roles on Seattle’s defense. I lean toward Bruce Irvin because the Seahawks pass rush is already so thin whereas I think the secondary has enough depth to weather the storm of losing Marquise Blair.

Irvin was the Seahawks’ key offseason acquisition in attempt to bolster their pass rush. Now they’re left scrambling with Benson Mayowa and Damontre Moore left as their top edge players. Alton Robinson will now surely be active and make his NFL debut against the Cowboys after being a healthy inactive for the first two games. Early season waiver claim D’Andre Walker could be active as well. Calling up Shaquem Griffin from the practice squad is another option.

Even with the in-house options, it feels like Seattle is going to have to bring in outside help.

Clay Matthews, Jabaal Sheard and Cameron Wake are the three most obvious potential free-agent additions. A trade with Washington for Ryan Kerrigan’s expiring contract is also a possibility. One dark horse candidate would be Michael Bennett. He told NBC Sports Northwest during the offseason that he wanted to end his career with the Seahawks. Bennett ultimately announced his retirement, but he certainly wouldn’t be the first player to have a change of heart and return to action. To this point, it’s uncertain whether or not Bennett has kept himself in football shape or if Seattle has reached out to discuss a potential reunion.

To reiterate, the Seahawks could stick with what they’ve got, but that would be a major gamble. Seattle has a Super Bowl-caliber offense, and it would be prudent on the team to make every possible move to ensure the defensive line doesn’t completely thwart a potential championship season.

Seahawks gave up a lot of passing yards the first two weeks, is this a function of getting the lead in these games or should be start to be concerned our vaunted secondary is not as good as we thought?

I was the conductor of the secondary’s hype train prior to the start of the season. I also gave them a pass after letting Matt Ryan throw for 450 yards in Week 1. But Sunday’s performance against the Patriots allows for legit concerns. Every time the offense established a two-score lead, the defense gave up a prompt scoring drive.

New England had fourth quarter touchdown drives of six plays, 77 yards and seven plays, 75 yards. Those two possessions took just 5:02. That’s alarming no matter what offense you’re playing against. No team should be able to get explosive plays and easy touchdowns on command. The Patriots final drive spanned nine plays and 74 yards as New England seemed destined to steal the game before Seattle’s goal-line stand.

Quandre Diggs getting ejected in the first quarter didn’t help. Neither did Blair’s injury. But there’s serious room for improvement regardless. Jamal Adams has been an impressive player while rushing the passer and playing against the run, but he’s been susceptible in pass coverage so far. Adams said so himself after Sunday’s win, and Pete Carroll reiterated that point on Monday. He needs to understand when to take chances and when to stay within the framework of the defense.

The pass rush hasn’t been great, but ESPN ranks Seattle 12th in pass rush win rate, indicating that plenty of the blame for the Seahawks 32nd-ranked pass defense lies with the secondary. I’d expect this group to improve moving forward, but that needs to happen sooner rather than later.

Otherwise, the Cowboys are going to hang another 400-plus yards on the Seahawks in Week 3.

Considering how good the NFC West is and how soft the schedule is with the NFC/AFC East, do you think it is possible every team in the division makes the playoffs under the new format? I think this is actually a real possibility based off what we have seen so far.

This is very conceivable, even if it’s unlikely. Three NFC West teams making the playoffs should be a lock now that there’s a No. 7 seed. All four teams would have to be nearly perfect outside of their divisional games in order for the entire NFC West to make the postseason. In addition, teams like the Vikings, Bears, Falcons, Buccaneers (or Saints) and Eagles will have to continue to stumble. I suppose when you put it that way, it feels more possible.

The NFC West is currently 6-0 against non-divisional opponents.

The piped in crowd noise last Sunday seemed awfully loud in the TV broadcast, especially the goal line stand. What’s it actually sound like in being in the stadium?

It’s far more bizarre to be at the stadium than to watch games on TV. All of the crowd noise you hear is coming from the broadcast. That’s why you hear inflections in the decibel level. The noise piped into the stadium must stay at the same level throughout the game. It’s so quiet that it’s inaudible behind the glass in the press box. So essentially, we can’t hear a damn thing the entire game apart from when players on the sideline really start to hoot and holler.

Do you think Russell Wilson has a legitimate chance of being the MVP this season?

Absolutely Russell Wilson has a legit chance to win MVP. He plays in the hardest division in football and seems destined to put up video game numbers this season. I’d also say this: The attention paid to Wilson’s lack of ever receiving a single MVP vote will work in his favor. There isn’t a candidate that will surprise people and take the league by storm the way Lamar Jackson and Patrick Mahomes did over the last two years. Should it be close between those three, or anyone else for that matter, I’m betting all ties will be broken in Wilson’s favor. If he wins it, it’ll be well deserved, not only for his performance in 2020 but for his standout production his first eight years as well.

Is D.K Metcalf at this very moment a top 10 WR in the league? Not talking about the future, and how great he could be. Is he a top 10 WR right now?

DK Metcalf is certainly getting there, but I’m not sure he’s a top 10 receiver just yet. I also don’t think you can say definitively that he’s better than his teammate Tyler Lockett, who in my opinion, is one of the most underrated players in the NFL.

Julio Jones, Davante Adams, DeAndre Hopkins, Michael Thomas, Tyreek Hill, Amari Cooper and Calvin Ridley are all guys I’d put ahead of Metcalf. Names like Chris Godwin, JuJu Smith-Schuster, Mike Evans, Allen Robinson and Kenny Golladay are probably also a bit ahead of Metcalf, but the Seahawks phenom is rapidly closing the gap. Give it a few more weeks and this may be a different discussion.

Depending on the severity of Dorsett and pending reinstatement of Gordon. How possible do you think it is AB joins Seattle as they’re looking more like they’re letting Russ Cook👨‍🍳 pic.twitter.com/fzNgBehlE7

I think the door remains open for Antonio Brown joining the Seahawks this season. Carroll will have the confidence that his program can handle Brown’s personality, and Wilson will likely pine for it to happen given his friendship with the embattled wideout. The two of them worked out this offseason at Wilson’s Southern California home. If Brown doesn’t get any games added to his suspension, he could absolutely be an option after Week 8.

When can we expect josh Gordon back?

Your guess is as good as mine. It’s pretty bizarre the NFL hasn’t announced its decision one way or another yet. Carroll continues to take the “no comment” approach when asked about Josh Gordon’s status.

How does the O line look? On track with expectations?

The offensive line has been fantastic thus far apart from a few untimely penalties. ESPN ranks the group 12th in pass block win rate, which has been evident as Wilson has put up monster numbers through two games. Look for Damien Lewis and Brandon Shell to continue to settle in as the season goes along. The early returns show the entire group has been a major upgrade over last season. Keeping Duane Brown healthy will continue to be absolutely crucial.

Sack leader at end of season is………

I’d be shocked if it isn’t Jamal Adams at this point. He’s already got 2.0 sacks and he’s rushing the passer more frequently than any safety in the Pete Carroll era. We knew going into the season that he was likely Seattle’s best pass rusher, and the Seahawks are giving him every opportunity to rack up the sacks. Double digits isn’t out of the question given how often he’s blitzing. I don’t see Benson Mayowa or Jarran Reed getting more sacks than Adams.

The reality is that Seattle has having a hard time getting pressure with just a four-man rush. Expect a few sacks for Bobby Wagner in the coming weeks as well. He’s had a few close calls.