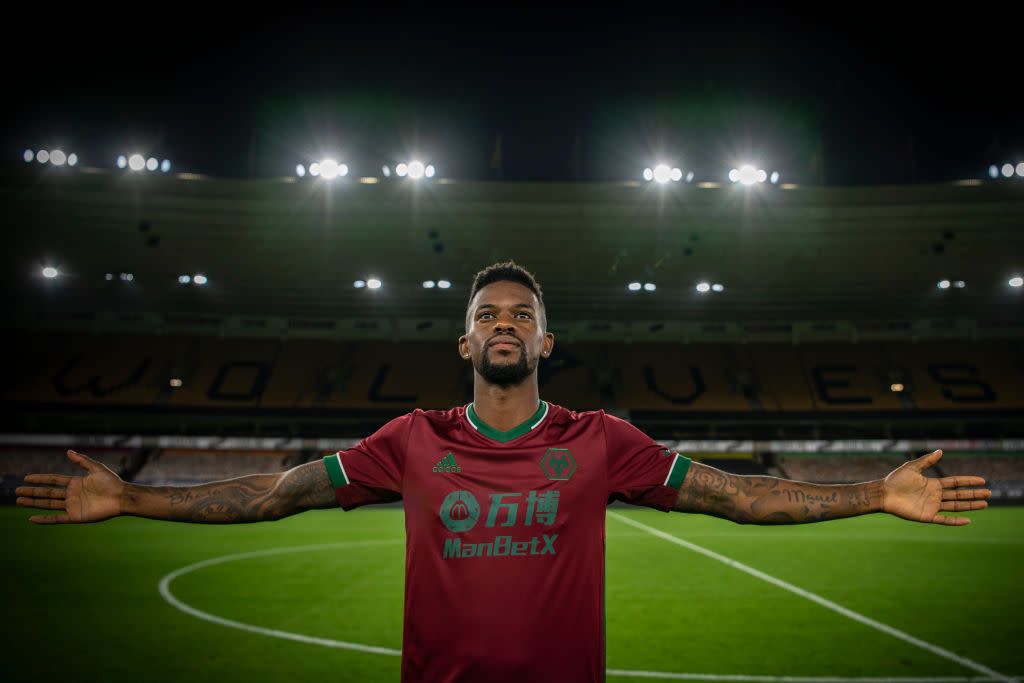 “Nelson Semedo to Wolves for $47 million” is a statement most Wolverhampton Wanderers fans will be scratching their heads at.

But it has happened.

Semedo, 26, has joined Wolves from Barcelona in a deal which could rise to $47 million if certain add ons are met (top four, being successful in Europe etc.).

The Portuguese international right back had a tough few seasons at Barcelona which culminated in Alphonso Davies ripping him to shreds in Bayern Munich’s 8-2 demolition of Barcelona in the UEFA Champions League quarterfinals in August.

Semedo is happy to have a fresh start and adds to the extremely strong Portuguese contingent at Wolves. If he can replicate his form at Benfica, then Wolves have got themselves one of the best right backs in Europe.

“I chose Wolves because it’s a very good team that plays very good football,” Semedo said. “Last year they did a very good season and it’s a very important team in England, in also Europe. I hope this year we can do very good things.”

This summer Portuguese coach Nuno Espirito Santo has brought in new Portuguese Vitinha (on loan), Semedo and Fabio Silva to strengthen his central midfield, right back and forward options.

Add that trio to Rui Patricio, Ruben Vinagre, Roderick, Ruben Neves, Joao Moutinho, Ruben Neves and Daniel Podence and Wolves could have 10 of their 11 starters from Portugal. If they hadn’t just sold Diogo Jota to Liverpool they could have had all 11. No wonder Wolves’ new third kit is in the same color and design as the Portugal home kit. (Look at the photo above!)

Semedo will be better suited to being a right wing-back in Wolves’ 3-5-2 system and he is the replacement for Matt Doherty who joined Tottenham this summer. Semedo is very good going forward but isn’t a right back in the sense that he doesn’t excel defensively.

At Wolves he will have the cover of the three center backs next to him, so this should work out well.

We also can’t overlook the fact that super agent Jorge Mendes is Semedo’s agent and is also a senior adviser at Wolves as their Chinese ownership group has close links with Mendes. Hence a huge number of his best clients arriving to play for his first-ever client, Nuno.

This influence is having a huge impact on the players that Wolves can attract and despite Semedo’s shaky displays in a Barcelona side in disarray, overall this should be a very good signing for them.