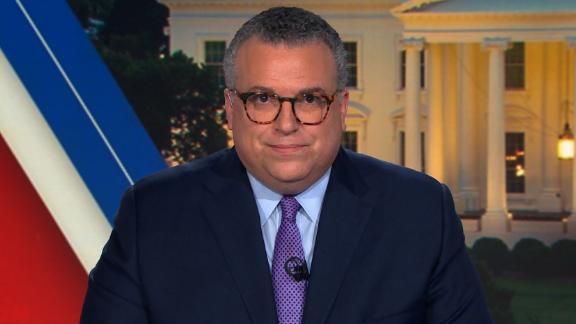 In interviews with the same voters conducted before the debate, 56% said they expected Biden to do the better job while 43% expected that Trump would.

The post-debate result is about the same as the outcome of a post-debate poll in 2016 after the first debate between Trump and Hillary Clinton. In that poll, 62% thought Clinton won the debate, 27% said Trump did.

About two-thirds said Biden’s answers were more truthful than Trump’s (65% Biden to 29% Trump), and his attacks on the President were more frequently seen as fair. Overall, 69% called Biden’s attacks on Trump fair while just 32% said Trump’s attacks were fair.

The survey is designed to be representative of those registered voters who watched Tuesday’s debate, it does not represent the views of all Americans.

The voters who watched the debate were more partisan than Americans as a whole — 36% identified as independents or non-partisans compared with around 40% in the general public, and the group of debate watchers was more Democratic than a typical survey of all adults, with 39% identifying as Democrats and 25% as Republicans.

Beyond overall praise for his performance, voters who watched the debate largely said that they trusted the former vice president over the current President on major issues covered in the debate, including racial inequality (66% trust Biden more, 29% Trump), health care (66% Biden to 32% Trump), the coronavirus outbreak (64% Biden to 34% Trump) and Supreme Court nominations (54% Biden to 43% Trump).

On the economy, though, voters who watched the debate split, with 50% saying they preferred Biden and 48% Trump.

Overall, 63% who watched the debate said Biden had the better plan for solving the country’s problems (30% said Trump did), and that he seemed to be the stronger leader (55% Biden to 43% Trump).

The debate did not appear to dramatically move voters who watched in either vote preferences or their overall impressions of the two candidates.

A majority of debate watchers (57%) said that Tuesday’s debate did not affect their choice for president, while the minority who said they were moved were more apt to say they became more likely to vote Biden (32%) than Trump (11%). Biden was, however, viewed as having better addressed concerns about his candidacy (59% Biden to 37% Trump).

The CNN post-debate poll was conducted by SSRS by telephone and includes interviews with 568 registered voters who watched the September 29 debate. Results among debate-watchers have a margin of sampling error of plus or minus 6.3 percentage points. Respondents were originally interviewed September 22-27 either by telephone or online, and indicated they planned to watch the debate and would be willing to be re-interviewed when it was over. Respondents initially reached online are members of the SSRS Opinion Panel, a nationally representative probability-based panel.

This story has been updated with additional details from CNN’s poll.