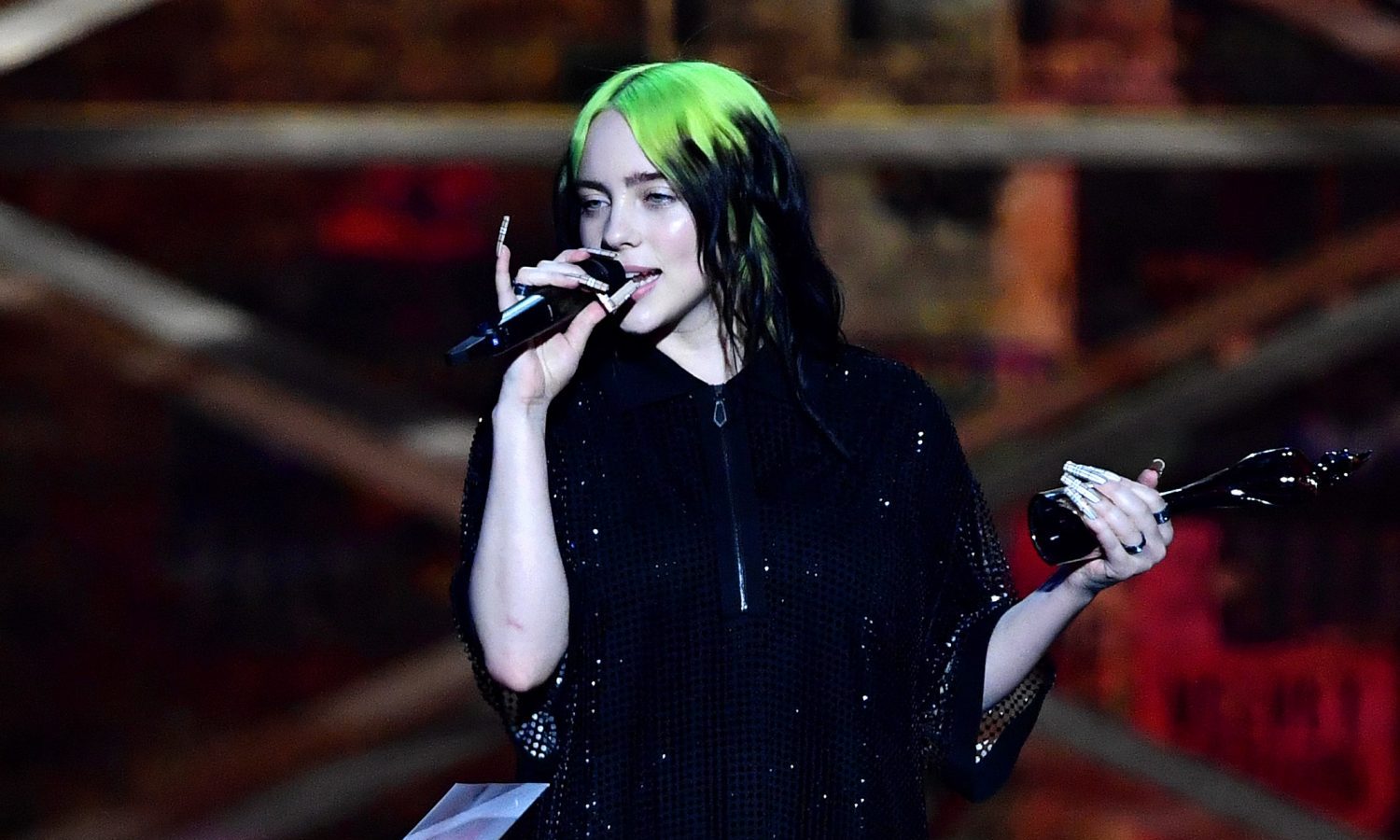 The fact that Billie Eilish is 18-years-old hasn’t stopped her from breaking all kinds of records. Winning five Grammys and releasing a bunch of Billboard hits that deal with unusually dark subject matter (at least for pop music), Eilish is a hugely successful singer, song-writer and performer, and an embodiment of her generation. She’s an artist who’s politically active, outspoken about issues like body image and animal rights.

This week, a picture of Eilish circulated that showed the teenager wearing something more revealing than her signature baggy look. (Earlier this year, Eilish explained that she chose to wear baggy clothes because she “hated” her body, which makes this story even more sad.)

It all started when a man from the U.K. tweeted a photo of Eilish and wrote: “In 10 months Billie Eilish has developed a mid-30’s wine mom body.” The backlash was swift and Eilish soon became a trending topic on Twitter.

Despite the wide and pervasive coverage of Eilish, she remains a private person, one who’s also very young. Unlike teen celebrities of years past, Eilish’s family seems to be a constant presence in her life whether they’re listening to interviews that are conducted in their shared home or through the presence of Finneas, Eilish’s brother, who co-writes, produces and co-performs most of her music. This environment doesn’t leave much room for broaching the topic of marijuana use.

The closest Eilish got to discussing the topic was in an interview with Vogue earlier this year: “Eilish insists that she has never tried a single drug and has no interest in them, though she loves the smell of marijuana.” So, that’s a “no” for now.