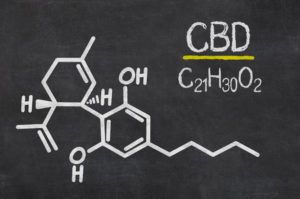 The advancement is one of many in the industry meant to position businesses for a fully legal US market and increasing interest from mainstream pharmaceutical and bio-tech companies.

Acetylation, also known as ethanoylation, is an organic esterification reaction with acetic acid. Examples of acetylated pharmaceuticals include heroin and acetylsalicylic acid (aspirin). THC-O-Acetate acts as a metabolic prodrug for THC itself, and chemically works the same way that heroin does as a metabolic prodrug for morphine. It has been reported to be up to three times more potent than THC.

Ryan Ko, Nextleaf’s chief technical officer, said, “With this second US patent for acetylation of cannabinoids, we are able to efficiently modify and potentially improve upon the medicinal properties of a natural product that has been in use for thousands of years.”

The new patent, which brings to 10 the number of US patents the company holds for extraction, purification, and delivery of cannabinoids is a critical component is laying the groundwork for Nextleaf’s move into the potentially huge American marketplace.

“Nextleaf has the type of robust intellectual property that draws attention from pharmaceutical companies anticipating the US federal legalization of cannabinoids,” noted CEO Paul Pederson in a news release. “We expect the results of the 2020 US elections will have a transformational effect.”