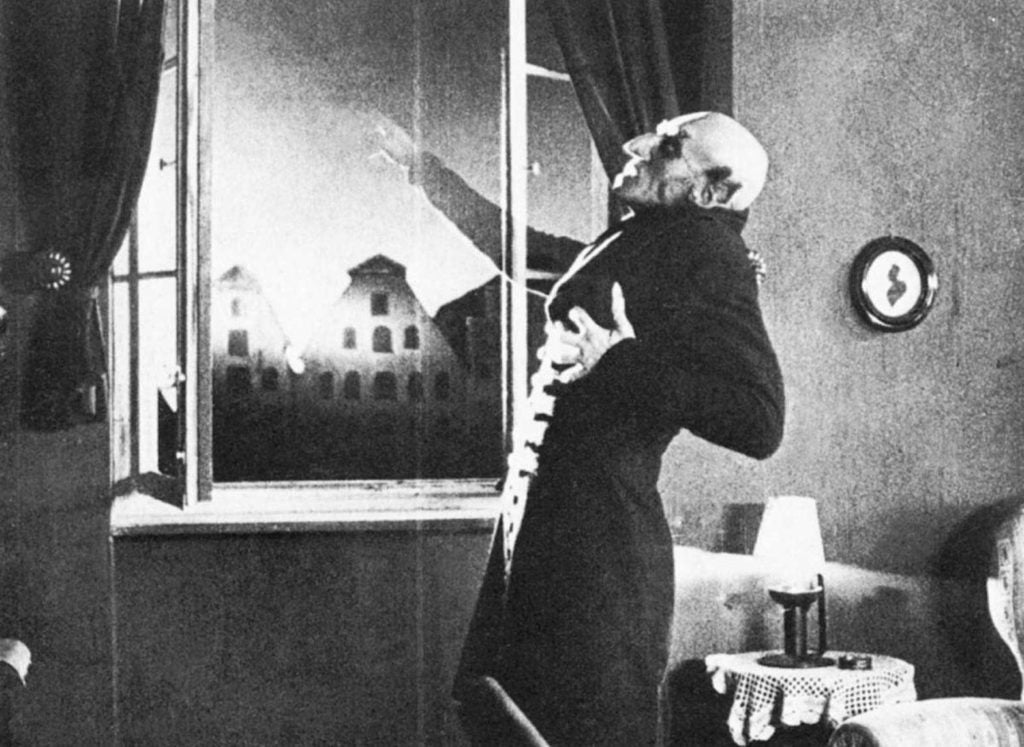 NEW YORK—He whom the gods will destroy they first make mad.

There can be no question the man who has sat in the White House for four years come January 20, has lost it, along with the election.

“The People love me.”

“It’s been heartwarming to see all of the tremendous support across the Nation from great American Patriots.”

“Organic rallies have been springing up all over the Country in support of yours truly — incredible!”

“I am the American People’s ALL-TIME favorite President.”

He’s not alone either.

There’s Rudy Giuliani, his lead lawyer in the multiple and vain attempts to wrest victory from the jaws of defeat. In his attempts to suck the blood out of American democracy, he could be the reincarnation of Max Schreck, who portrayed the ghastly looking vampire count in F.W. Murnau’s 1922 silent film classic Nosferatu.

Kayleigh McEnany, the press secretary who at the outset of her tenure promised she would never lie to the public and has since broken her promise countless times, followed her boss’s example by exaggerating the number of pro-Trumpistas who marched on the nation’s capital on Saturday November 14 to be a million.

According to Parks Service estimates, the actual attendance was between 13,000 and 15,000. Let us be kind and say that she isn’t good with basic arithmetic.

Then there’s Emily Murphy, the head of the Government Services Administration, a Trump appointee. For the smooth transition between this administration and the Biden-Harris one to commence, her authorization is needed, so federal funds can be released, official access to the different federal agencies gained, offices made available for the transition team to work out of, and most crucially, to be appraised both of the plans for the distribution of the COVID-19 vaccine, and the daily intelligence briefings that the president gets.

Could this be some arcane radio code for interstellar communication, a plea for help from extraterrestrial beings to come to Trump’s rescue? I fantasize that this is the case, and aliens from outer space will cross our borders openly, take the president aboard, and dump Trump in some distant galaxy.

But more disturbing is the mental state of I daresay the vast majority of the 70 million citizens who cast their ballots for the loser, an utterly despicable man whom the country just fired. Undoubtedly, there are those who consider Trump’s reelection essential to protecting their narrow interests, whether that be their political base and/or their interlocking corporate interests. Into this category belong such Trump enablers as senators Mitch McConnell and Lindsay Graham. Their silence and, above all, their cowardice with regard to Trump’s desperate attempts to steal the election is akin to omertà, the Mafia code of silence. There should be room for them and their ilk when that spaceship comes for Trump.

A considerable number of those voters believe in the QAnon far-right conspiracy theory that claims, without a shred of evidence, that child sex-trafficking is being directed by Satanic pedophiles on a global scale who are at the same time plotting to overthrow President Trump. Moreover, these devil-worshippers are made up of liberal Hollywood celebrities, high-placed Democratic politicians, and government bureaucrats, a/k/a the deep state.

But, according to QAnoners, the citizenry need not fear, for Superman Trump has set in motion plans to have thousands of these plotters arrested while preventing a coup d’état by the troika of George Soros, Hillary Clinton, and Barack Obama.

These are the same folks who don’t believe in science, pooh-pooh the threat of climate change, claim that the pandemic is a hoax, forego masks, and inexplicably feel that tax cuts for billionaires benefit them as well and that a Biden presidency will result in a Socialist state and the subsequent destruction of the suburbs.

These kinds of paranoid delusions have been present in the body politic for a very long time. They all operate on the assumption that a small but extremely powerful circle of people control all the different intersecting movements, however varied, globally and locally—the “deep state” but on a global scale. Think of all those Cold-War era James Bond films where the villain, such as Ernst Stavro Blofeld, is a deranged evil genius plotting to take over the planet through the actuations of his criminal organization SPECTRE and its widespread network.

The appeal of such a conspiracy is that it simplifies the complex and messy realities of history and the real world—appealing to the simpleminded, as well as to those who know better but prefer to keep their blinkers on and thus, based on just such an appeal, preserve their interests.

The only conspiracy here is one aimed at stoking the fires of conspiracy—a piracy, you might say, of legitimate fears by aggrandizing them to the point where these appear to be fantastically monstrous that only a superhero can overcome them. Unfortunately, the chosen candidate is not a superhero but a dimwitted superspreader—of lies, deaths, and the thousand bites that threaten to bleed out democracy.