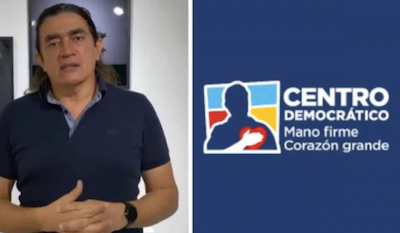 The Colombian Senate approved the first initiative to regulate the use of cannabis by adults and paves the way for legalization. The Senate bill seeks the creation of an entire regulatory framework that would include the creation of the Colombian Institute for the Regulation of Cannabis, Icoreca. The legalization of cannabis would create jobs and would bring a lot of money into the state’s coffers. Reports Born 2 Invest

The initiative proposes the creation of the Colombian Institute for the Regulation of Cannabis (Icoreca) to regulate everything related to marijuana, from its cultivation to its distribution.

After a bill that sought to legalize adult cannabis use in the country was unsuccessful in the House of Representatives, the First Committee of the Senate approved this Wednesday a new attempt to regulate the recreational use of marijuana in Colombia.

This time it is a project by Senator Gustavo Bolívar, from the so-called List of Decency, which aims to create an entire institutionality so that the State implements all the policy related to cannabis use, from its consumption to its manufacture. and its distribution.

Listen: [Enough Illustration] Recreational marijuana use? This is how it would be regulated, according to Gustavo Bolívar

For example, the initiative proposes the creation of the Colombian Institute for the Regulation of Cannabis (Icoreca), which will be attached to the Ministry of Health and “will regulate and coordinate the implementation of the national policy regarding the import, export, planting, cultivation, manufacturing , production, acquisition in any way, storage, transport, commercialization, transformation, distribution and use of the seeds of the cannabis plant, of cannabis and its derivatives, as well as the products that contain them for adult, medicinal and scientific use ” .

Similarly, it makes special emphasis that consumption will only be legally permitted for those over 18 years of age and that those who fail to comply with the provisions of the law would incur the penalties established by criminal legislation.

“This is getting into the wave that the United States, Canada or Uruguay have already entered. This is an important vital push for peace, you know that the war on drugs produces more deaths than drugs themselves. We are not defending drugs or saying that they are good, but we must regulate ”, commented Senator Gustavo Bolívar.

On the other hand, the project would enable the State to grant authorizations to create consumer clubs, which could be made up of adults, a model that could function like the well-known “coffee shops” in the Netherlands, where you can attend to consume cannabis.

A consumption tax is also established and a proposal is made on its destination. “50% of the resources derived from the tax referred to in this article will have a specific destiny to prevention of the consumption of psychoactive substances; 25% for crop substitution and sustainable development. The remaining 25% will be used for the operation of the Institute for the Regulation of Psychoactive Substances and other expenses derived from the implementation of this law ”, says article 27.