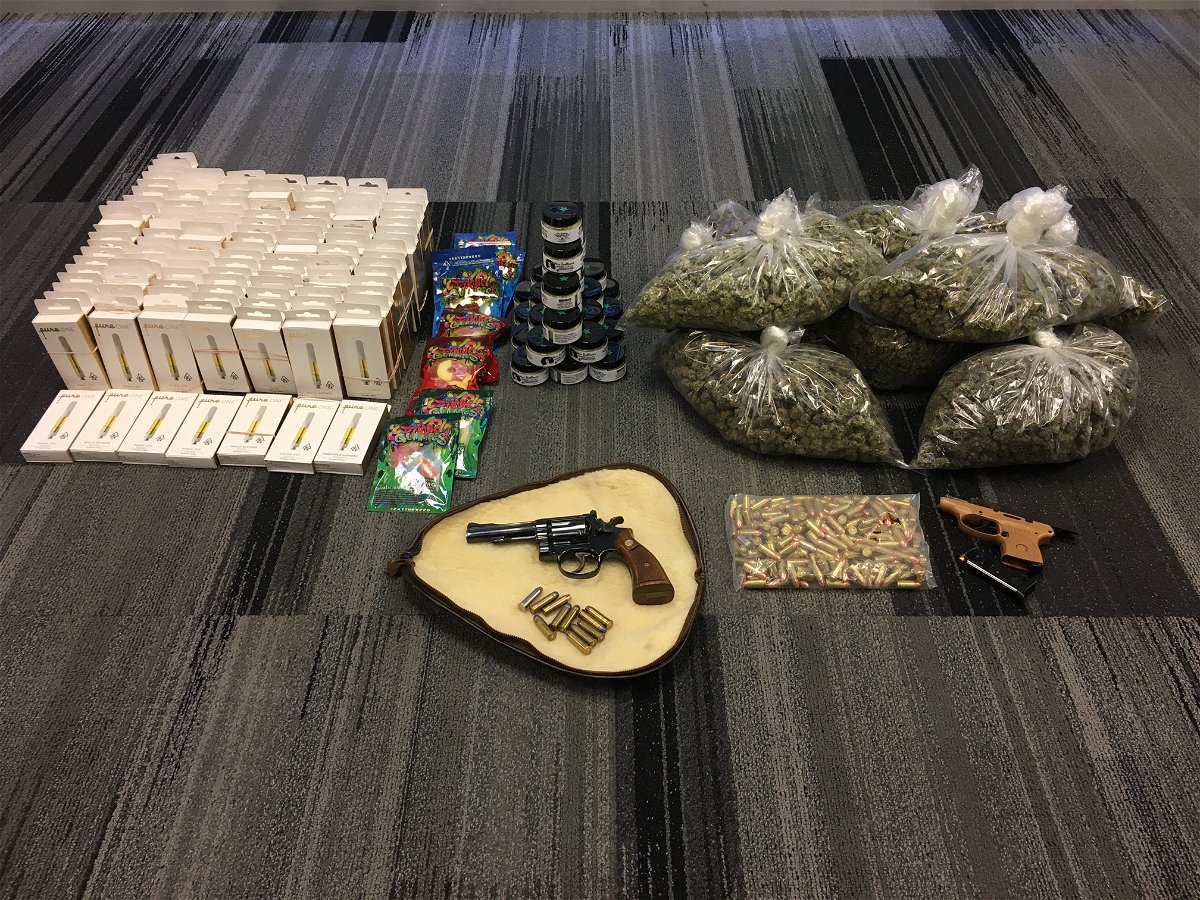 The sheriff’s office said detectives obtained search warrants for the 100 block of East Sunset and 900 block of East Hermosa after a month-long investigation into illegal cannabis sales and a delivery service to the areas of Lompoc, Santa Maria and unincorporated county areas.

The warrants were served around 7 a.m. Thursday morning by detectives from the Narcotics and Cannabis Compliance along with a sheriff’s K9 team.

During the operation, detectives found the seller did not have a state or county license and was selling untested and unverified products which consisted of canabis flower, vapes, pre-rolls, wax and edibles.

Detectives also found a small, unlicensed commercial cannabis grow in a room protected by fake walls that were used to hide its location.

As a result, a 42-year-old Santa Maria man was arrested on felony charges for illegal and untested cannabis products for sales as well as possession of a stolen firearm and ammo. He was booked into the County Main Jail and is being held on $35,000 bail.

All of the illegal products, cannabis, firearms and cash were seized by investigators.