It’s just like Royal Navy days of yore where the crown would send off ships under royal assent to plunder the French & Spaniards now it’s equally formalised and the drug outfits are the enemy. Rule Britannia etc etc 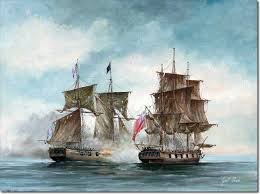 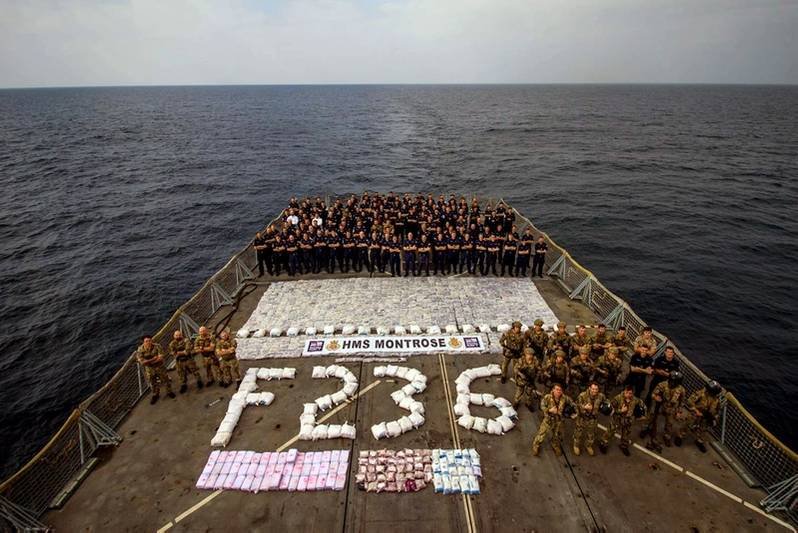 Here’s what they say on the Royal Navy website

Royal Marines from the UK Navy’s HMS Montrose Frigate have seized £11 million (USD 15,3 million) worth of illegal drugs in two raids of suspect vessels in the Arabian Sea, the UK Ministry of Defence and the Navy said in statements on Wednesday.

The Royal Marines seized 2.4 tonnes worth of illegal drugs from a suspect boat in the Northern Arabian Sea, on a counter-narcotics patrol. This was the second drug bust by the HMS Montrose crew in two days.

According to the statement by the UK government, in an operation lasting over 10 hours, 2.4 tonnes of heroin, crystal methamphetamine, and hashish were seized.

The Navy said the marines had found an ‘Aladdin’s cave’ of illegal narcotics: hundreds of bags and sacks of hashish, heroin, and methamphetamine.

“Everywhere we looked onboard there were suspicious packages,” said boarding team leader Lieutenant Gorton RM. “We soon realized how much we had interdicted.”

This came just two days after a separate bust in which HMS Montrose – which is based in Bahrain on a three-year security mission – seized 275kg of heroin from another suspect boat in the area.

“Having secured the vessel with my Royal Marines, we discovered the drugs in large bundled sacks, all containing individually wrapped packages. As soon as we opened the bags we were pretty confident it was an illicit substance,” Lieutenant Gorton RM said of the first bust.

The combined haul of drugs has an estimated wholesale value of £11 million (USD 15,3 million), according to the statement by the UK Ministry of Defence.

“The operations have prevented large amounts of illicit drugs potentially entering the UK and being sold on British streets, and the seizures help deny criminals an income source often associated with the funding of terrorism.

“Our adversaries will use any and all means to achieve their objectives and undermine our interests. As a responsible nation with global interests, and to keep the UK safe in this changing world, the defense is stepping forward to play our part in these international operations targeting the smuggling of illegal substances,” the statement by the UK Ministry of Defence further reads.