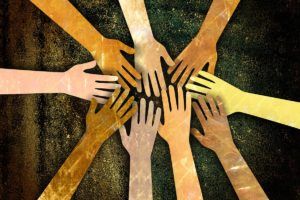 Social equity programs are a relatively new phenomenon in the U.S. cannabis industry, with the aim of getting more minorities and those with marijuana-related convictions involved in the legal sector.

But so far, no city or state has come up with the perfect formula for righting the wrongs from the war on drugs.

That makes it worthwhile for industry insiders and activists to examine how some of the programs have done – particularly as more states, and perhaps Congress, consider legalizing marijuana and incorporating social equity in some form.

Two California cities that have worked for years to roll out social equity programs – Los Angeles and Oakland – have experienced very different results, according to two Black women who are heavily involved in their respective city’s efforts.

The Oakland and L.A. social equity programs were two of the first in the nation to launch.

But while Oakland’s program has been largely a success to date, L.A. has struggled to satisfy stakeholders, many of whom are worse off now financially than when they began the social equity qualification process.

The biggest differences, according to stakeholders, are:

Oakland’s social equity program is going much better than in most places in the country. Doing the best, by far,” said Amber Senter, the CEO of Breeze Distro and chair of the nonprofit Supernova Women.

On the surface, both social equity programs appear similar.

Oakland’s City Council approved the program in 2016, and it got fully underway in 2018.

So far, the city has awarded 172 business licenses to qualified applicants, according to data from Oakland’s Cannabis Regulatory Commission.

L.A.’s program also began in 2018, and as of February had awarded 143 social equity licenses for cultivation, manufacturing, distribution and other upstream business types, according to the city’s Department of Cannabis Regulation.

Both programs are devoting millions of dollars in local and state funding to help minorities and those with marijuana-related criminal records get a leg up in the cannabis industry.

But in many ways, the two programs could not be a starker contrast, particularly regarding marijuana retail licenses.

While Oakland has already given out 85 cannabis delivery licenses and two for physical storefronts, L.A. has 200 qualified applicants lined up for retail permits.

But those 200 are stuck in limbo, waiting to clear red tape before they can open for business. Also, no delivery licenses have been issued to date.

The biggest problem in Los Angeles has been a requirement that all retail applicants have a property – either leased or purchased – before applying for business licenses.

For many, that’s meant renting space and sitting on it for months with no revenue coming in, while waiting for the city to process license applications.

Because of those high monthly rental costs, many of the 200 are now worse off than when they began filling out social equity paperwork in 2019 or before, said Ralina Shaw, communications director at 4thMvmt, an L.A. company that has partnered with 21 of the 200 applicants in line for retail licenses.

“Everyone is just in a dire situation. If they haven’t spent all their savings, they’re right on the cusp,” she said.

“People are deciding, ‘Do I pay my mortgage, or do I pay my lease?’ They’re worried about whether or not this is going to come to fruition.”

Shaw believes many stakeholders could wind up homeless because they invested every penny they had hoping that L.A.’s social equity program would provide them with a new legal marijuana store to run – only to find themselves waiting on the city as their bank accounts dwindled.

“People are stuck between a rock and a hard place,” she said.

“One person I spoke to was like, ‘I lost all of my investors. I can’t get new investors, because I can’t give them a timeline as to when the city is going to do anything.’”

Shaw predicted that at least a quarter of the 200 in line for cannabis stores will never open because they’ll run out of funding. Those licenses would go to someone else, she said.

“From a number of our partners, they’re at a point where it’s starting to feel like (the city of L.A. is) doing it on purpose,” Shaw said.

She noted the department has set up an “expedited review process” and is prepping to “launch several initiatives to provide additional support.”

Plummer also said the DCR’s goal is to have issued “notices of local compliance” to 100 social equity retail applicants by the end of the current fiscal year, June 30 – meaning it’s possible that many social equity marijuana shops or delivery services could be open for business by then.

Plummer cited similar lengthy delays with San Francisco’s social equity program, where, according to a report by that city’s Controller’s Office, “the average equity applicant can expect to wait 18-24 months before being permitted.”

There is no such real estate mandate draining bank accounts in Oakland, according to Breeze Distro’s Senter.

Senter, who landed a contract with Oakland last year to run a shared-space cannabis manufacturing facility for social equity entrepreneurs, said it’s been a “very different story” in her city than in L.A.

“Who else can say that? Nobody.”

Senter also singled out the real estate requirement as a major hurdle in both the L.A. and San Francisco social equity programs, noting that Oakland specifically avoided such a stipulation.

“Oakland didn’t do it because we told them that was a barrier,” Senter said. “I don’t understand why L.A. did that, because that’s a huge barrier.

“I’m in that predicament over in San Francisco,” she added. “I applied for a dispensary (license), and we’ve been paying rent for almost three years. … As we can see it play out, it only benefits the folks who own the real estate.”

John Schroyer can be reached at [email protected].