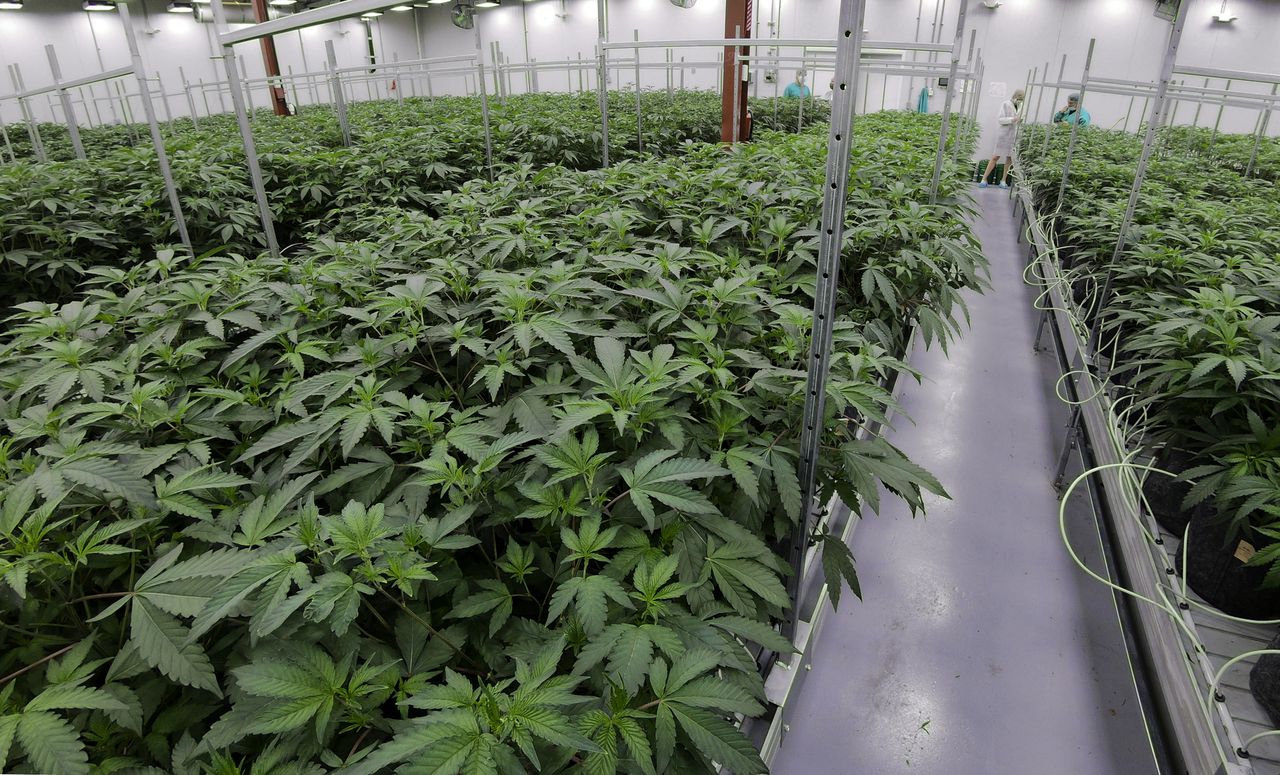 There is “no magic formula” that answers how Gov. Phil Murphy’s recent legislative approval for production of marijuana in the Garden State will impact specific counties across the region, according to a member of the New Jersey Cannabis Trade Association.

However, he and other cannabis experts believe that Hunterdon County has the potential to become a robust cultivation center — if applicants seize opportunities here and towns approve of adult-use cannabis.

According to Todd Johnson, treasurer for the state Cannabis Trade Association and the head of operations for Justice Cannabis Co., cultivation facilities or greenhouses where marijuana is grown require large amounts of land — up to “two, three, four, even five acres of land.”

“In that respect, Hunterdon County is an excellent cultivation location because the availability of land is much more prevalent than in urban centers,” Johnson said.

Hunterdon County is one of the most rural counties in the Garden State, just last year preserving at least 500 acres land. However, Sarah Trent, the founder and CEO of Valley Wellness, emphasized that it’s “going to be a stretch” for farmers to begin growing outdoor cannabis in New Jersey, particularly because growers still cannot establish cannabis operations on farmland-assessed property under the new adult-use legislation.

Both the climate of New Jersey and the price of land in Hunterdon County pose additional problems for potential farmers in the region, Trent added.

“If you’re growing in New Jersey outdoors, you’re only going to get one or maybe two harvests — so it doesn’t make a lot of sense unless your business model is made for that,” Trent said. “And generally, land is really expensive in Hunterdon County relative to Warren County or down South in Cumberland, or the Vineland area, which is really also the heart of New Jersey agrarian community.”

However, Johnson pointed out that the cost of land in more rural regions like Hunterdon County tends to fall in comparison to those in urban areas.

“I think that a lot of it does come down to the cost of land, where urban areas and acres of land can go to upwards of a million and a million and a half. But in rural towns, they might be as low as $100,000 an acre,” Johnson said. “That’s more affordable of an operation in a place like Hunterdon where the land is more prevalent than in an urban area.”

Trent also acknowledged that there’s “a real need” in Hunterdon County for medical marijuana in particular.

“If you live in Hunterdon County … before The Apothecarium (in Phillipsburg) opened, you’re looking at traveling an hour or more if you’re a medical patient to get your medicine,” Trent said. “And for patients that have serious medical conditions, you can’t travel an hour.”

Medical patients remain prioritized under the latest legislation, as existing operators can’t start selling adult-use cannabis until they can certify to the commission that they have enough product to meet patient demand first, Trent explained.

“You do want to locate where there is a healthy population of aging folks that might be using cannabis for pain relief, or if they’re going through cancer treatments and they need not only pain relief but also potentially an increase in appetite,” Johnson said.

Moreover, Trent recognized that — in the absence of the potential for outdoor cultivation — “there’s room in Hunterdon County” for greenhouse space. Greenhouses and other indoor facilities are the most common ways to grow marijuana in the Northeast, according to Trent.

“I think finding a greenhouse — that could be a legitimate, competitive way to get a permit in Hunterdon County,” Trent said.

Edmund DeVeaux, president of the New Jersey CannaBusiness Association, added that the agrarian culture of Hunterdon County makes it an especially suitable region for the cultivation of cannabis.

Chuckling, he also added that the non-urban nature of Hunterdon County means that there’s “fewer neighbors to worry about.”

“As opposed to a place where people will come out in droves, presumably for or against, here the population is manageable,” DeVeaux said. “You will have little to worry about with respect to having to control rumors and false narrative as it pertains to what the cannabis industry can do or does. It’s just fewer headaches.”

While Hunterdon County is the eighth largest county in the state out of 21 counties in total, it is also the fourth least-populated county.

Still, the presence of cultivation facilities or greenhouses in Hunterdon County depends largely upon approval from municipal officials. Some municipalities in the county have already proven to be more cannabis-friendly than others, including Readington Township — which is in the process of welcoming a medical marijuana production facility — and the Borough of Flemington — which is holding a work session at its next Council meeting to discuss adopting an ordinance allowing marijuana dispensaries.

According to Johnson, the “first step” to gaining approval to cultivate either adult-use or medical marijuana in regions in New Jersey is to “find a friendly municipality or a municipality that is at least considering it.”

“You have to have great relationships with the municipality if you want to be successful in this business, and that goes not just for the mayor and the city council, but the zoning officers, the planning board, the chief of police and the police department,” Johnson said. “You want to be a good neighbor in every sense of the word.”

Amanda Hoover contributed to this report.

Our journalism needs your support. Please subscribe today to NJ.com.

Caroline Fassett may be reached at [email protected].