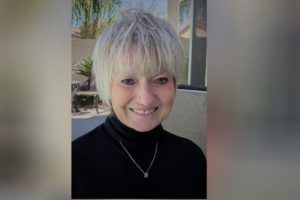 “Everything I dreamt and hoped to have accomplished in this industry has come to fruition. I am truly living the dream.”

That’s how marijuana-industry pioneer Greta Carter began a conversation with Marijuana Business Daily for an interview to mark March’s Women’s History Month as well as International Women’s Day, which is Monday.

Though Carter began her career in banking and construction, she pivoted to the marijuana industry in 2008 and wound up becoming a trailblazer by founding plant-touching companies in Washington state and then in Nevada and California.

She’s currently focused on her California-based consulting firms, Highroad Consulting Group and Global Go. The latter has a footprint that spans eight states and 10 countries.

Carter spoke with MJBizDaily to reflect on her accomplishments and to offer advice to women who might be interested in breaking into the cannabis sector.

What got you started in the industry?

2008 is actually when I entered the space, and that was fueled by passion and just an incredible distaste for all the lies that were out there.

That brought me to Seattle, and then having to walk in the first time I was in Olympia (Washington’s state capital), to know that I was going to be talking about cannabis to lawmakers.

I remember being so scared. I didn’t know I had enough guts to go in and talk to them.

But we were trying to get laws passed. I can talk to people with sincerity and passion and credibility, and those are my strengths.

What’s it been like as a female executive in a male-dominated industry for the past 13 years?

I’ve always been in male-dominated industries.

I’ve been asked to speak multiple times on this subject, and I’ve struggled because I have never encountered, in any of those industries – and I don’t think I’m in denial – discrimination because I was a woman.

It goes back to the passion that I have to be taken credibly. Doing my research, before I enter into that conversation, letting them know that they’re important to me, helps establish that credibility.

And overpreparing with a desire to please them so that they look like the rock star – and not me – has gotten me their buy-in right away.

Whether I’m trying to get money from an investor, or I’m being honest with them on what you are and who you’re not, that builds credibility, and then they accept.

I think that when women come to the table, if there is an insecurity about their knowledge, or their confidence, they’ll get eaten up alive.

You do your homework, and you’re in there because you feel strongly about something.

Are there any advantages that women might have over men in this business?

There are big advantages that women can have in this industry. First, there’s the sensitivity of inclusion.

I’ve had a number of male colleagues talk about how they like having a woman at the table, because it presents a softer side of business.

More than one man has admitted that they are cognizant of women’s skill sets being greater than men in the area of multitasking, in the area of human resources. And those are huge.

That doesn’t come out right away when you’re talking to them, but they have confided that. So that must have helped open up a door for me more than once, is my guess.

Have you ever struggled with loneliness or isolation, such as you’re the only woman in a room full of executives who are networking?

When you look at this industry, with cannabis and smoking and farming and how the business has evolved or started appealing to that young 20-something, 30-something male, I am disgusted by it.

The ones that beat us up the worst were High Times magazine. I mean, women were sex objects with marijuana plants on them. I want to throw up.

You go to the trade shows and the after-parties, (and there are) naked women acting as a buffet line item. It’s horrible. Just blatant sexism.

There’s a lot we can do in there in that area. And I don’t know where that starts. I don’t even try to wrestle that down.

But when you talk about isolation, and women, when they are in entry-level positions, they’re going to be faced with it, and it’s not pleasant.

So, I don’t know what to tell them. Get the hell out of it and try to find a female in business.

Any thoughts on the impact of the COVID-19 pandemic on the cultivation of female leadership in the cannabis industry? There have been reports that a lot more women have lost their jobs during the coronavirus pandemic than men.

And so the challenge women have of starting up a business or getting into that leadership role has been the absence of that.

I’m a perfect example: I had to sell my soul to people up in Washington (state) because I didn’t have the money to get started in those businesses.

And I was sorely taken advantage of. Men control the purse strings.

And there’s groups out there that are trying to raise money for women, but that is a big challenge. And especially in today’s world, because it takes millions to get into the space.

What kind of tips or advice would you offer to any young female entrepreneur wanting to get started in the cannabis business?

If you don’t have a knowledge of the industry, you need to learn it. And there’s a lot of schools and educational things online and places to go to get that.

You can teach yourself that, and you can maybe humble yourself to say, “I’ll be a budtender, or I’ll work in a grow.” So I understand the dynamics of that. And do that for a year before you venture out into your own entrepreneurial world.

If they have knowledge of cannabis and the industry, then I go back to the three most important things.

One is to just really know and identify what your strengths are. Have an honest conversation with yourself.

Women, in general, we believe we have to be the Superwoman, that we’ve got to be everything, and we’ve got to do it all perfectly. And that’s not realistic. And those people set themselves up for failure.

So the quicker you can identify your strengths, and then know your weaknesses – you don’t have to do it by yourself. Hire what you don’t have.

Then two would be, when you go into any meeting with a client, be prepared. Overprepare.

And then third, get your ego out of the way and help others.

Would you say the “boys club” mentality is more common in the cannabis industry than other businesses? And if so, does that vary by sector within the cannabis business?

The cultivation side is definitely male-dominated. If you’re entering into a grow, or trying to sell your product, male-dominated, and sex still sells the product.

I mean, having a cute little girl going into the dispensary, it’s just prevalent out there. I’m not advocating it. That is very backward.

This interview has been edited for length and clarity.

John Schroyer can be reached at [email protected].